Be sure to try my Crock Pot Creamy Chicken Stew recipe next! 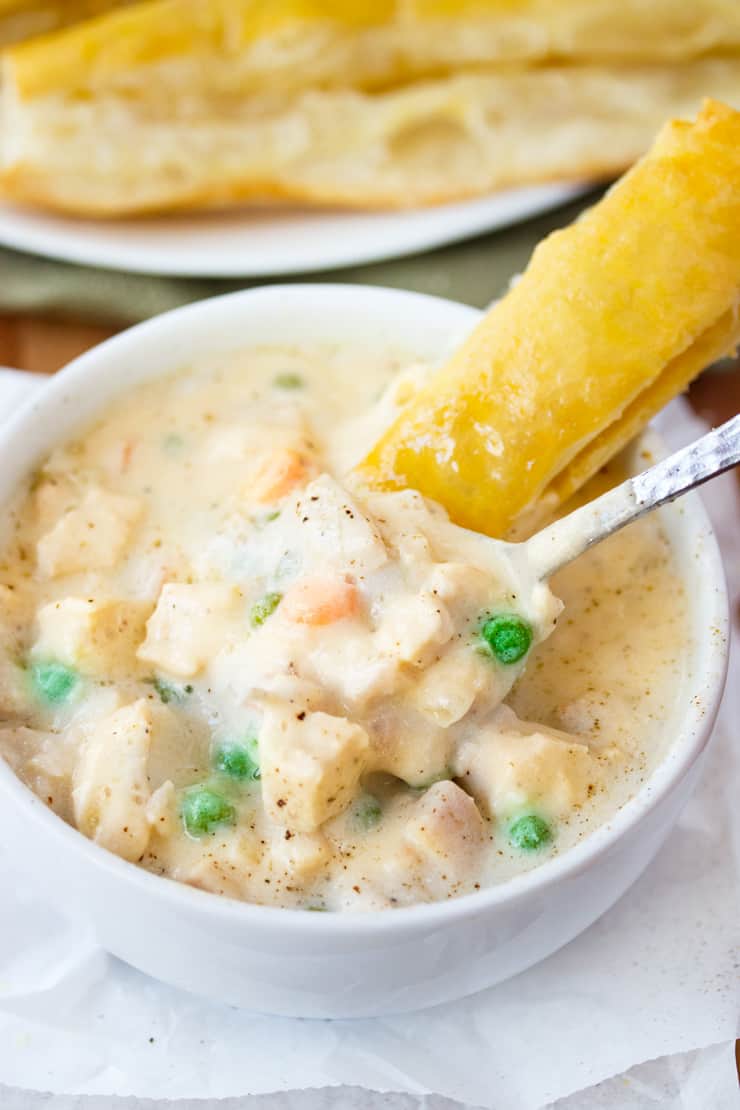 If you know me, you know that soup is like… my favorite thing in the world. All year ’round.

Chicken pot pie? Another major obsession of mine. So when you take the two and combine them, magic happens.

Let’s get into it!

The heavy cream in this soup is what gives it a rich flavor and thick texture, however you can also use half and half (which is 1/2 heavy cream & 1/2 milk), or whole milk.

Remember that you can always freeze leftover chicken carcass/meat and make chicken stock on a day when you have time! No defrosting necessary! 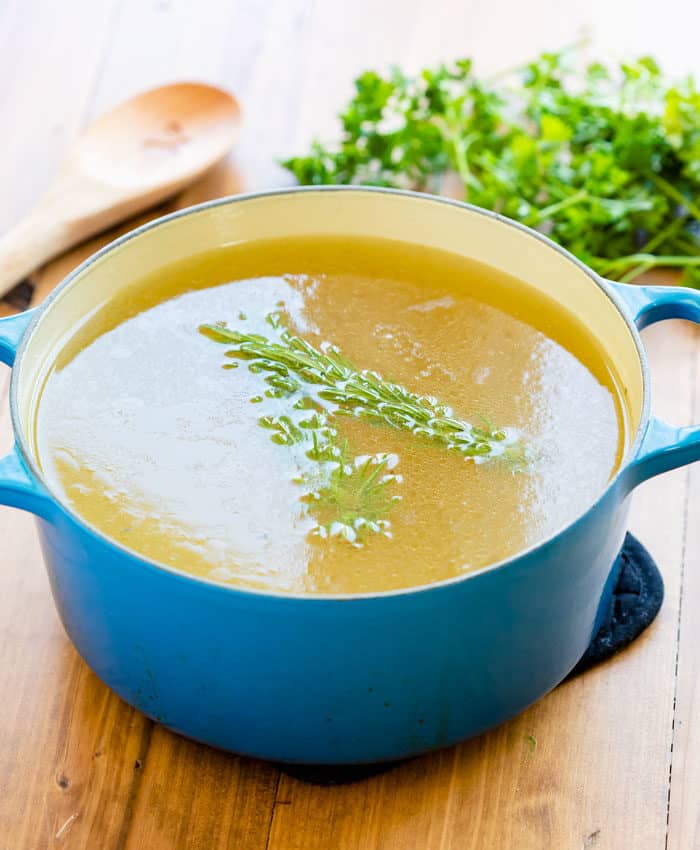 Using Chicken Base in Soups

What to Serve with Chicken Pot Pie Soup 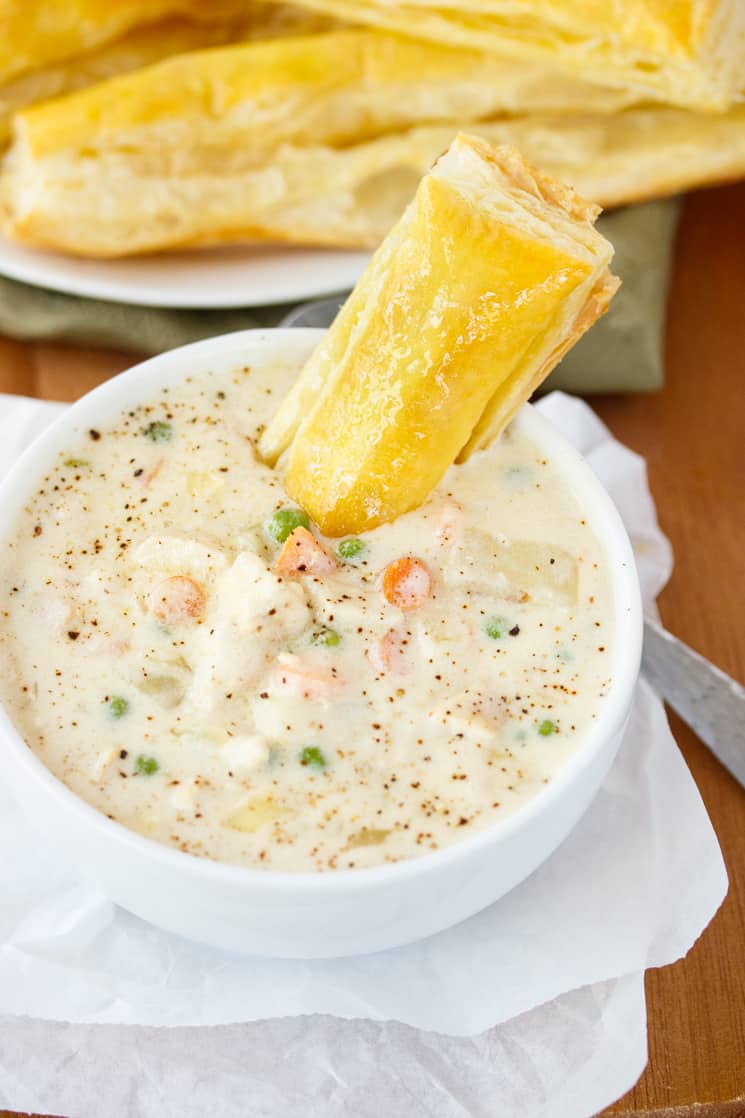 Did you make this recipe?! Did the information help you? I would love if you would rate the recipe and leave a comment! 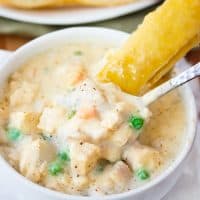 Prep Time: 10 minutes
Cook Time: 50 minutes
Total Time: 1 hour
5 from 2 votes
Servings: 8 cups
Tap or hover to scale
Print recipe Pin Recipe Leave a Review
This rich and creamy chicken pot pie soup encompasses all of the classic flavors of chicken pot pie, and is served with a side of buttery, flaky puff pastry for dipping.

*Chicken base is a highly concentrated base for making soups, stews, etc. It adds an increased depth of flavor than just using chicken broth. I dissolve 3 teaspoons chicken base into 1 cup of chicken broth, but you can also use 1 cup of water. Not all chicken bases have the same level of sodium content, some have double or triple the amount than others do. They also have reduced sodium versions, so check the label prior to purchasing. Better than Bouillon is my base of choice. I also like Orrington Farms. 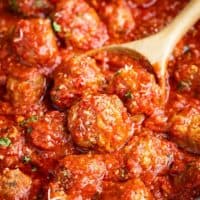 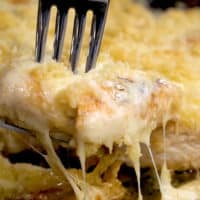 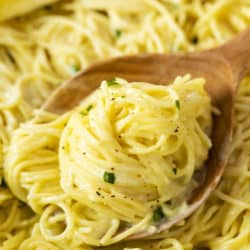 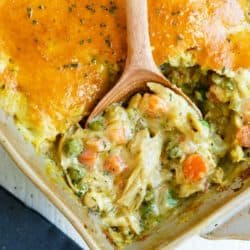 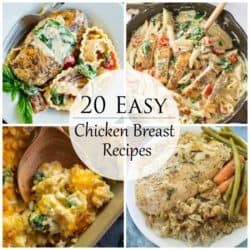